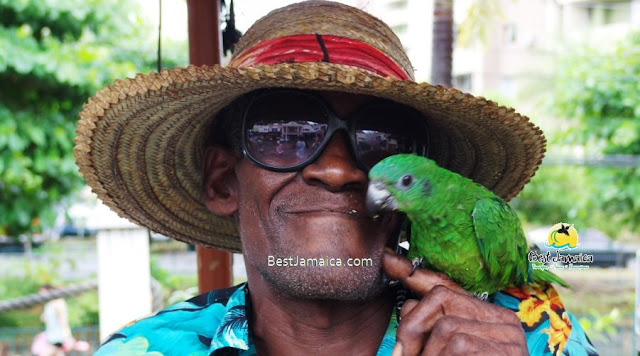 Jamaica has been on the forefront of many different things, some loud while others are tacit. Long before Bob Marley and reggae music Jamaica and Jamaicans were making world headlines. Marcus Garvey, Jamaica’s first National Hero had paved the way for millions as a Black Nationalist. The great Martin Luther King said that he grew up in a family that followed Garveyism, which undoubtedly helped to shape his future into one of the greatest human beings ever lived.

On June 20th 1965 Dr Martin Luther King visited Jamaica. In one of his speeches he began by saying that “In Jamaica I feel like a human being.” ." He said he was proud to be among his "brothers and sisters on this wonderful island.". The following day, he visited the graveside of National Hero Marcus Garvey to lay a wreath out of respect for a man he said gave Negroes in the US a sense of dignity, a "sense of personhood, a sense of manhood, a sense of somebodiness".

However long before those days Jamaica had one of the richest city in the western hemisphere and certainly the wickedest until it was destroyed by an earthquake in 1692. The year before the earthquake saw 240 ships docked in its harbor. Port Royal was a densely populated city covering just 50 acres and a population of 6,500 residents. There were almost 2,000 multi-story mainly brick buildings and over 1,500 bars and brothels. That thriving city came to an end on June 7, 1692 at 11:43 am when huge cracks opened and swallowed buildings and people alike.

Jamaica has been contributing significantly to the world and its people for quite a long time. She gave the world the religion Rastarfarism, mento music, ska music, rocksteady music and reggae music, the world’s best coffee which is the “The Blue Mountain ''. Jamaica was the first country to start producing rum commercially and has since perfected the art.

This beautiful island known as the land of wood and water has a long history contributing to the world in no small means. The latest impact Jamaica has on the world is the great athletes which has stunned the world over and over in great fashion. Many just started to pay attention to this but in the history of track and field only the great United States has won more medals than Jamaica.