Jamaica is one of those countries that have a huge international presence on many fronts. One mentioned of the name Jamaica to anyone across the globe and for most part they will admire Jamaica for different reasons.  On top of the list are, Reggae Music, Bob Marley, fast runners, vacation, beautiful beaches or even wonderful the cuisine.

Jamaica is an island in the Caribbean and of course surrounded by the Caribbean Sea. It is approximately 4, 4011 sq. miles and a population of 2.7 million making it the largest English speaking country in the Caribbean.  Tourism is one of the biggest magnets that draw people to Jamaica. It’s beautiful weather, beaches and culture and most importantly the friendliness of the people are what many came for and return year after year. The rugged shoreline helps  to form many inns and sheltered bays which most times  ended  up to be one of those magnificent beaches that has grace many travel magazines. Consequently, Jamaica receives approximately four million visitors much more than its current population annually. 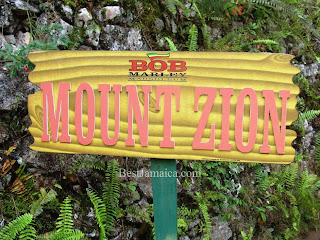 Undoubtedly, reggae music helped to make Jamaica into a household name. Bob Marley and company took the music and its culture to the world and the world responded.  In 1999, Time magazine named Marley’s album “Exodus” the best album of the 20th century. The influence reggae has world over is great and today there are many reggae bands and singers that are not Jamaican who are doing extremely well.  Two of the most famous international non-Jamaican reggae artists are ‘Gentleman’ out of Germany and ‘Alborosie’ from Italy. The quality music that they put out is awesome; however what is most striking is how authentic they sound.  One could never tell that these artists are not from Jamaica because they also speak the local dialect ‘patois ‘very well.

Since lately there is another front where Jamaica has done remarkable well and that is in the field of athletics. The likes of Usain Bolt and company have turned it on and the world has been swept with another wave of Jamaican euphoria.

The Jamaican cuisine is another aspect of the culture that has been getting some attention lately. One of Jamaica’s favorite cooking styles is called jerk in which meat is dry-rubbed or wet marinated with a very hot spice mixture. It is then cooked slowly over the grill or in an oven.  The chief ingredients of jerk seasoning are scallions, scotch bonnet peppers, salt, black pepper, all spice, nutmeg, citric acid, cane sugar, thyme leaves. The Jamaican cuisine is not limited to jerk, there are a myriad of other foods which is readily associated with Jamaica. These include beef patties, curry goat, and curry chicken among others.