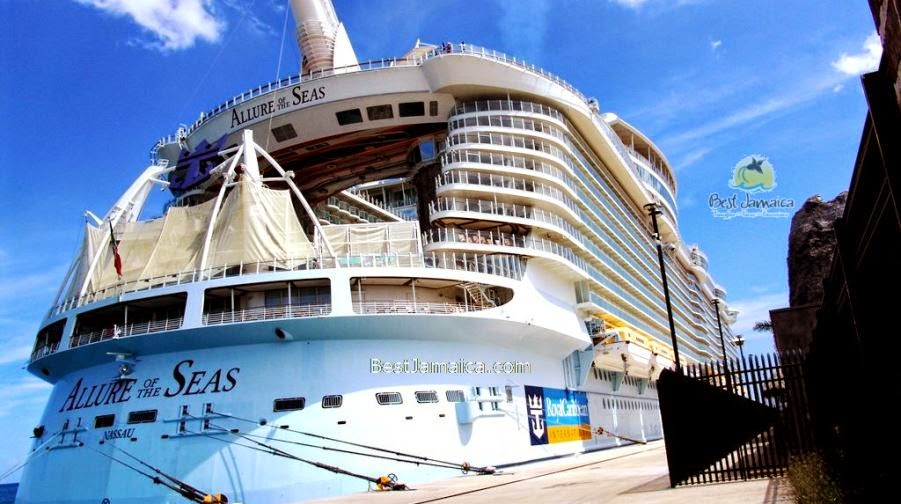 The town Falmouth located in the parish of Trelawny Jamaica was established in 1769. It is one of the best preserved Georgian towns in the Caribbean; it was meticulously laid out with wide streets in a regular grid and was the envy of day. In the 1800s Falmouth had the busiest shipping port in Jamaica seeing a great many of ships plying the European route with sugar and rum.  Those were the heyday, a prosperous Trelawny having almost a hundred sugar-cane plantation actively producing rum and sugar for the European and by extension the world markets. 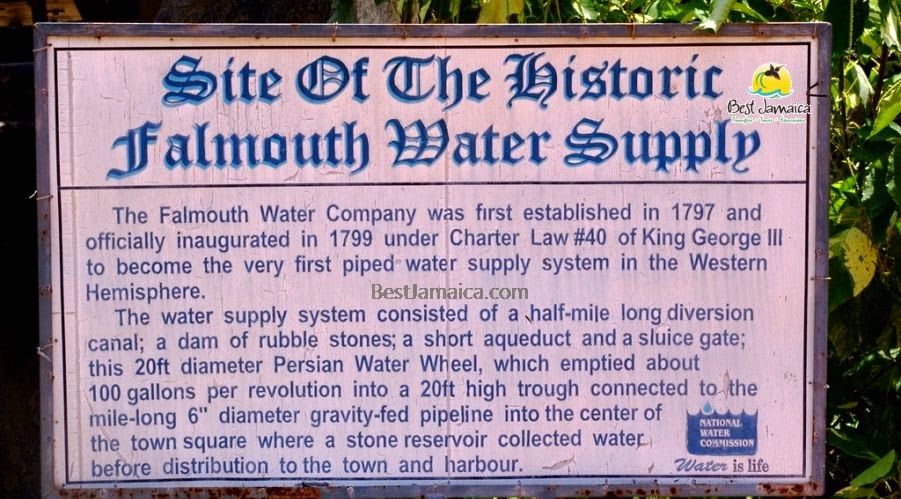 Falmouth Jamaica is rich with history, it was the first township in the western hemisphere which also includes New York City to have had piped running water in 1799. The Persian water wheel which was used for channeling the water to be gravity-fed into the town still stands still turns.  The St Peter's Anglican Church is one of the oldest in Jamaica. It is a master piece, built in 1795 its supporting columns are of solid mahogany and its floor is inlaid with crosses of mahoe and mahogany woods.

The town of Falmouth went through a period of dormancy during the last century. However, today Falmouth has the busiest cruise ship port on the island with Royal Caribbean Cruise line, Carnival Cruise Line, Celebrity Cruise, MSC Cruise and Holland America Line are all making call to the busy Falmouth Port. 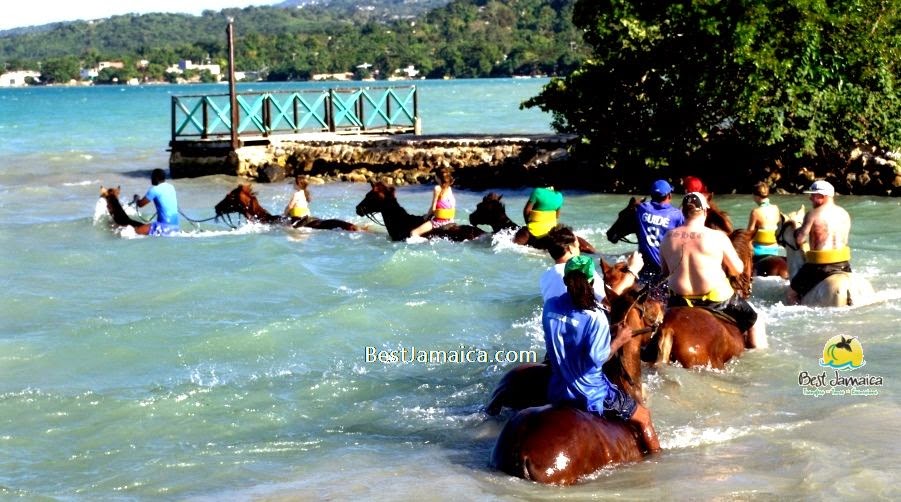 Falmouth is rather attractive because it is centrally located between two of Jamaica’s best known resort towns. Montego Bay is just to the west and Ocho Rios the home of Dunn’s River Falls and the Blue Hole is a mere 60 minutes east. If you will be cruising to the Caribbean and your ship will be stopping in Jamaica getting off the ship to enjoy Jamaica a bit would be the best thing to do. There are many activities in and around Falmouth that could spark your interest.

Watersports are in abundance not to mention the many white sand beaches. Horse-back ride and swim is another popular activity here on the island. Montego Bay has 5 championship golf courses which are suited for pro and for those who would just like to try a hand it. Shopping, Zipline, Dune Buggy, ATV Tours sampling the local cuisine are just some of the few things which are beckoning. Whatever your interests are there is something here for you.